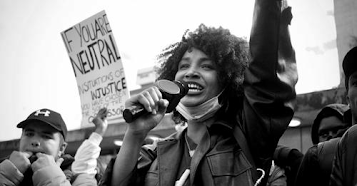 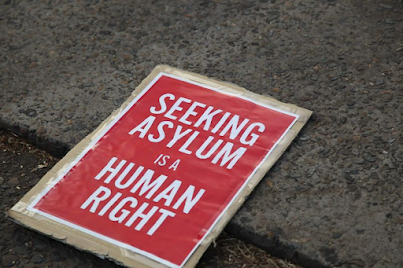 PRESS RELEASE
IT IS THE GREEK GOVERNMENT’S RESPONSIBILITY TO IMMEDIATELY PUT A STOP TO INFORMAL FORCED RETURNS (PUSHBACKS): THEY ENDANGER HUMAN LIVES AND BREACH THE STATE’S INTERNATIONAL OBLIGATIONS
Athens, 5 October 2022
The way in which the Ministry of Migration handled last month’s case concerning the Syrian people who were left stranded for days in Evros, while sparking a general public outcry, cannot but cause concern and call for reflection. The refugees report, among other things, that they were left helpless on the islet for many days, where a child died of a scorpion sting, and that during their stay on the islet, they were pushed back to Turkiye on at least one occasion.
The Ministry continues to deny the refugees’ allegations and denies responsibility for the case, failing to internationalise the issue (if – as it claims – the islet is not Greek), obscuring the facts and preventing an impartial and thorough investigation. The recent incident in Evros is revealing – and of course it is not the only one – of the fact that the Greek authorities' policy of puahbacksis a standard practice with fatal consequences for the lives, physical integrity and freedom of refugees.
The authorities’ systematic use of misinformation regarding "false reports on pushbacks" aims to cover up illegal practices and to target and put pressure on people and organisations that report these incidents. The fact that on 15th and 16th September, the refugees’ lawyer, Evgenia Kouniaki, was prohibited from entering the Accommodation Facility in Drama, where the Syrian refugees are staying, is indicative of the climate of pressure and the methods used by the Ministry of Migration and Asylum against refugees and their defenders. The recent statement made by the director of HumanRights360, which was received with disapproval by employees of HR360 who publicly expressed their disagreement with the organisation’s director, is also indicative of this climate of pressure and harassment, which brings back unpleasant memories of past times.
This concerted effort by the state to divert attention does not come out of the blue. It is part of the anti-migration policy pursued by the Government and the Ministry, which stubbornly denies that pushbacks are taking place, despite the numerous documented testimonies and reports of Greek and international organisations and agencies.
The incident in Evros highlighted the problem of pushbacks in a multitude of ways. Systematic propaganda and misinformation about these practices, which often result in the loss of human lives, is aimed at concealing the truth, obscuring the consequences (deaths, drownings, violence, etc.) and, of course, at targeting lawyers, organisations, as well as media and journalists who report these incidents.     Although pushbacks constitute a systematic state policy, with practices that the Campaign has repeatedly denounced and which have attracted the attention of international organisations and bodies, the institutions of the European Union, with the exception of the European Parliament, continue to show an unprecedented tolerance. The Greek authorities flagrantly ignore the European Court of Human Rights (ECtHR), the multiple applications for interim measures it has granted in the past six months and the 32 appeals currently pending before it, while refusing to respond to the complaints that organised practices, including serious crimes (torture, robbery, endangerment of life), are being carried out at the Greek borders with the aim of deterrence, apparently in the name of “border protection”. y invoking the rationale of “border protection” and fighting a 'hybrid war', the Greek authorities are engaging in a witch hunt that targets the people who seek the Greek state’s protection: refugees, but also their defenders.
We ask the competent Authorities and in particular the Ministry of Migration and Asylum:
▪ To respect the rule of law and comply with the obligations that arise under international law for the protection of refugees, in order to stop the international vilification of the country.
▪ To stop pushbacks, which endanger human lives and are in breach of the state’s international responsibilities.
▪ To stop obstructing organisations that support refugees and to respect their work, refraining from practices that undermine and demonise them.
▪ To stop obstructing lawyers in the performance of their duties and to respect their role, as required by the Code of Lawyers.
To stop slandering anyone who dares to judge the policies described above.
The Campaign for Access to Asylum expresses its full support to the lawyer Evgenia Kouniaki, and denounces the Authorities’ tactics aimed at demonising anyone they consider to oppose them. The Campaign call on the public prosecutor to act with urgency to conduct a thorough and in-depth investigation into the Evros incident, in order to put a stop to the criminal practices of those who put people’s lives at risk, as they are actually responsible for the protection of human life.
The Campaign notes that defending the rights of vulnerable people is enacting the values of our society and as such does not expose but rather honours our country.
The signatory organisations (alphabetically)

Group of Lawyers for the Rights of Refugees and Migrants http://www.omadadikigorwn.blogspot.com

Network for the Social Support of Refugees and Migrants http://migrant.diktio.org

World Without Wars and Violence www.kosmosxorispolemous.gr

UN Special Rapporteur on the human rights of migrants, available at:

Council of Europe Commissioner for Human Rights, ‘Greek authorities should investigate allegations of pushbacks and ill-treatment of migrants, ensure an enabling environment for NGOs and improve reception conditions’, 12 May 2021, available at: https://bit.ly/3OclKpt.

IOM, ‘IOM Alarmed over Reports of Pushbacks from Greece at EU Border with Turkey’, 11 June 2020, available at: https://bit.ly/39GXQDi.

CRC, ‘Experts of the Committee on the Rights of the Child Ask Greece about Roma

Children and Push Backs of Refugees at the Border’, 4 May 2022, available at: 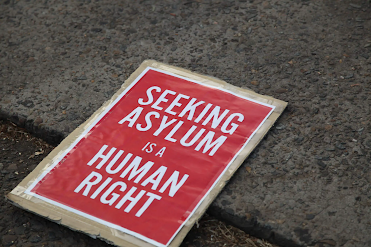 UN Special Rapporteur on the human rights of migrants, available at:

Council of Europe Commissioner for Human Rights, ‘Greek authorities should investigate allegations of pushbacks and ill-treatment of migrants, ensure an enabling environment for NGOs and improve reception conditions’, 12 May 2021, available at: https://bit.ly/3OclKpt.

IOM, ‘IOM Alarmed over Reports of Pushbacks from Greece at EU Border with Turkey’, 11 June 2020, available at: https://bit.ly/39GXQDi.

CRC, ‘Experts of the Committee on the Rights of the Child Ask Greece about Roma

Children and Push Backs of Refugees at the Border’, 4 May 2022, available at: